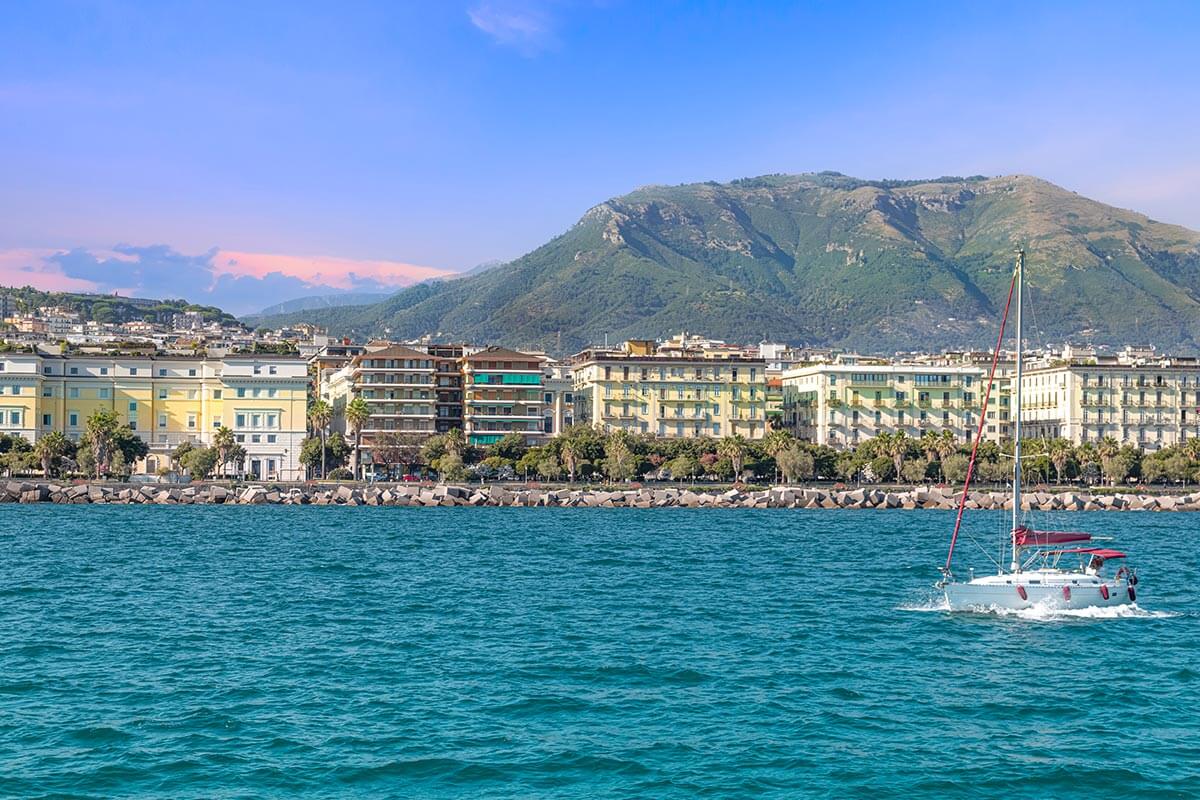 Trip to Salerno, what to see: all the attractions not to be missed

Salerno is a city rich in history and suggestive corners. Very close to the Amalfi Coast, it is easily accessible by those who have organized a holiday in this area and perhaps stay in centers such as Amalfi, Praiano or Minori, for example. In fact, if you have a vehicle such as a car or a scooter, it will be easy to move quickly and visit the closest destinations, including Salerno.

The latter can be an excellent destination for a trip out of town. The city will fascinate you thanks to the many traces of its past, but also for the beauty of spaces such as the Lungomare, a window on the Tyrrhenian Sea able to leave you speechless. Not to mention the Artist’s Lights, an event that fills this place with life and colors on the occasion of the Christmas holidays, attracting many people.

You just have to keep reading to find out what to see in Salerno and the attractions not to be missed.

What to see in Salerno, a city with a thousand-year history

Salerno is a fascinating city that allows tourists to make a real journey through history. Suffice it to say that the center originated in 197 BC, when the Romans founded the ancient Salernum, but it is thought that the area was already inhabited from more remote times. In 839 AD it became the Lombard capital, and was also the seat of the Salerno Medical School, considered the oldest institution for teaching medicine in Western Europe.

There are many events, characters and legends that have crossed this place. For this reason, as you may have guessed, there is certainly no shortage of things to see.

The Cathedral of Salerno, consecrated in 1084 by Pope Gregory VII, was built at the behest of the Norman duke Roberto il Guiscardo. The latter, in fact, after having conquered the city after many months of siege, to gain the favor of the people, wanted to dedicate a temple to San Matteo, whose remains were already preserved in the city (San Matteo is now the patron saint of Salerno).

The structure we see today only partially shows what was built then. Over time, in fact, it has undergone renovations, in particular that which occurred following the earthquake of 1688. On the southern side stands a high bell tower dating back to the 12th century, and in the Crypt there are the remains of San Matteo.

From the Castello di Arechi, located 300 meters above sea level, you can enjoy a splendid view over the whole city and the Gulf of Salerno.

This structure stands on the Bonadies hill and appears to have been built by the Byzantines, presumably by expanding an ancient Roman castrum. It then assumed a very important role during the Lombard period, when Prince Arechi II built, starting from the castle, the mighty walls of the city, making it the top of a triangle defensive system.

The stronghold was never conquered by force. Only with the siege of Roberto il Guiscardo – the one who would later build the Cathedral and with whom the Norman period would begin – did the occupants negotiate the surrender due to starvation.

Today the castle is used as a location for events and ceremonies, such as weddings, and inside it is possible to visit a museum of ceramics and coins.

Among the things to see during a trip to Salerno is the Medieval Aqueduct, which is located in the historic center. Built to bring water from the hills located to the north to the Monastery of San Benedetto, according to tradition, it was built by the wizard Barliario in a single night, with the help of demons and evil spirits. Popular beliefs also believed that going under the arches between dusk and dawn would lead to encountering evil presences.

Precisely as a result of these legends and superstitions, the building is commonly referred to as the “Devil’s Bridges”.

According to another folk tale, the founders of the Salerno Medical School met for the first time in this area during a stormy night.

Another site of interest is the Complex of the Church of the Addolorata and the Monastery of Santa Sofia. The monastery was founded after the year 1000, while the church was built by the Jesuits who had settled in the monastery and has a very scenic staircase, like the whole square in which it stands. Today the church is a place for exhibitions and cultural events.

Among the things to see in Salerno we cannot fail to mention the Villa Comunale, a real botanical garden that hosts rare plants. It was designed in the second half of the nineteenth century, in the area at the entrance to the city coming down from Vietri sul Mare. Inside there is also the famous fountain of Aesculapius, built in 1790, also called Fontana del Tullio, in homage to the person who gave it to the city.

This area became very fashionable and popular during the nineteenth century and hosted events such as demonstrations and concerts.

In the nineties of the last century, the area was the subject of a major redevelopment that allowed to expand the greenery, insert new plants and restore the monuments.

The Lungomare Trieste (seafront of Salerno) is a completely pedestrian area, a long promenade characterized by trees and exotic vegetation, divided into several lanes, which attracts Salerno and tourists both in summer and in winter. It is in fact the favorite place for young people, families and even sportsmen who choose to do physical activity outdoors, admiring the Tyrrhenian Sea.

Defined in the fifties as the most beautiful promenade in the Mediterranean, it will fascinate you for the splendid view it offers over the Gulf of Salerno and which you can enjoy sitting comfortably on one of the many benches facing the sea. A place so magical, therefore, certainly cannot be missing among the things to see during a visit to the city.

The Minerva Gardens are a botanical garden located in the city center. The relevance derives from the fact that, during the Middle Ages, it was used as a Garden of the simple, a precursor of the future botanical gardens of Europe, to teach the students of the Salerno Medical School.

Inside, guided tours and educational workshops are organized, in addition there is a refreshment point specializing in the preparation of herbal teas based on native and certified products. For more information, you can consult the website of the garden.

What to eat in Salerno

Among the many things to do and see in Salerno there is also tasting the local cuisine, full of delicacies and specialties. After visiting the main attractions, therefore, you cannot leave without first tasting some of the typical dishes of the city: diving into the tradition of the place you visit, after all, also means savoring its cuisine! Here, too, there is only the embarrassment of choosing between recipes based on fresh fish, street food, pizza, buffalo mozzarella and typical desserts such as lemon delight.

Rent a car or a scooter to visit Salerno 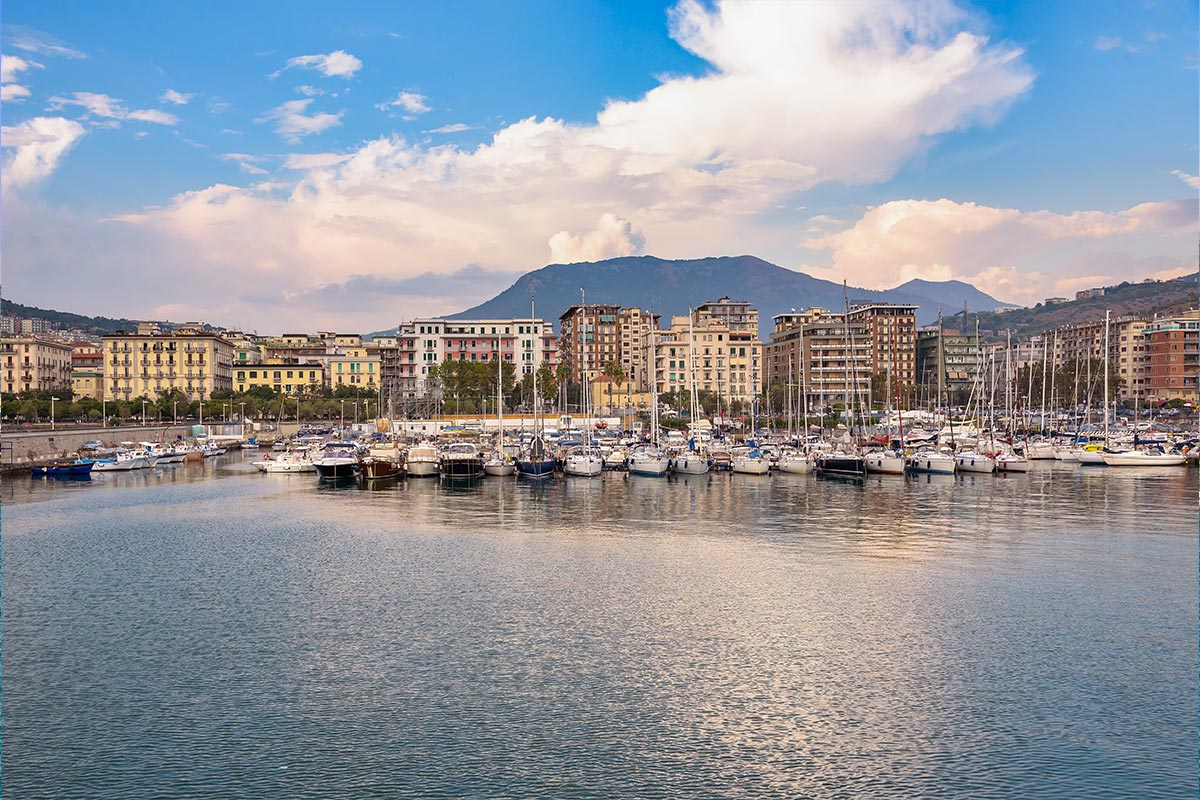 As we have said, it is not difficult to reach Salerno if you are staying on the Amalfi Coast. To get around in a comfortable and easy way, however, the ideal is to rent a car or a scooter: in this way, in fact, you will be free to move independently, without time constraints, organizing the day as you see fit. Having your own vehicle allows you not only to explore the surrounding areas, but also to go a little further, for example to visit the beauties of Naples and its surroundings.

For this type of service you can contact Sorrento Trips, a local tour operator specialized in the rental of convertible cars, scooters and boats. In this way you can travel on two wheels or in a car for the duration of your vacation, with the possibility of visiting all the destinations you want.

With a scooter, for example, you can explore all the villages of the coast and reach the most beautiful beaches. There are also many itineraries to travel on four wheels: the car, in particular, is suitable for longer journeys, not to mention that it is the safest means of transport, especially at night.

Sorrento Trips offers cutting-edge models, equipped with every comfort and all safety devices, to be chosen according to your needs and preferences. For scooters, for example, we range from the Peugeot Tweet to the Vespa Primavera Dolce Vita Selection, to name some of the most representative of our country; for cars, on the other hand, from the Smart Cabrio to the Porsche. Furthermore, throughout the rental period, you can count on 24-hour assistance from the staff, available for any eventuality.

To book your vehicle, all you have to do is consult the page dedicated to scooter rental and car rental, or contact the Sorrento Trips team for further information. 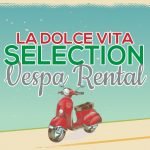 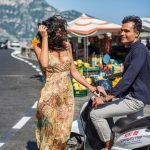 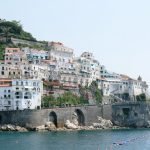