When you book with an account, you will be able to track your payment status, track the confirmation and you can also rate the tour after you finished the tour.
Sign Up
2690
20% Just Now!
Pay 20% at the moment of the booking, and the rest on board

A magic tour, mixing history and fun, brings you back in time to the Roman emperor, discovering some of the most interesting evidences of the roman presence here in South of Italy.
We will reach the port of Marina di Stabia by boat.

This is the port closer to Pompeii Archaeological site.

At the end of the walking tour in Pompeii your driver will bring you back to the port of Marina di Stabia, ready to sail again on the way to Capri.

The most beautiful isle in the bay of Naples was populated since the roman age and the Emperor Tiberius choose the isle for his holiday at sea.
He built more than 10 villas for himself and for the nobility.
The most famous and representative villa is “Villa Jovis”. You can still see and walk inside the villa and admire a unique panorama of the coastline.
The surface of 7000sqm is one of the most representative examples of the power of the emperor.
Another amazing site to visit is the ancient roman port, where you can see the old walls and the roman building technique.

The Blue Grotto in Capri

Also the Blue Grotto, mostly famous for the shades of blue is a proof of the presence of the romans in the past.
On the seaground, at the beginning of the 18th century, archaeologists founded rests and ruins of statues and vases.
During the tour you can have time for swimming and snorkelling and spend some time walking around the city centre, exploring the little roads or reach Mount Solaro, the highest point on the top of the isle via chairlift.
In Capri a guide is not necessary but is available upon request.
At the end of the day you will return at your home port.

The price not include 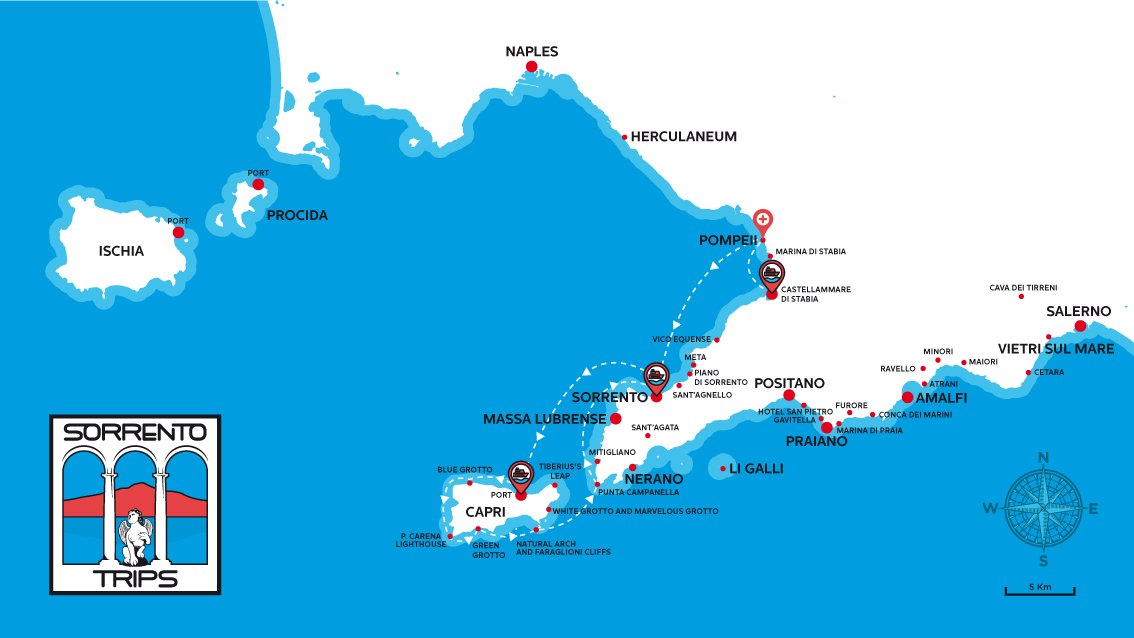