When you book with an account, you will be able to track your payment status, track the confirmation and you can also rate the tour after you finished the tour.
Sign Up
2661
20% Just Now!
Pay 20% at the moment of the booking, and the rest on board

Discovering the ancient history – The Archeological site of Pompeii

If you are interested in discovering the ancient history of our land and focus on the archeological side of the region.
Departing from Sorrento our captain will sail on the way to Castellamare di Stabia; this is the port closer to the archaeological site of Pompeii. Our professional certified guide will meet you at the port to accompany you to the excavation site of the ancient roman city, covered by the magma from the Vesuvius during the famous eruption in 79th A.D.

The excavations site of the Ancient Roman City – Pompeii

Once arrived at the site, the guide will show you and tell you about the history and curiosity regarding the Roman Foro, the main square, the Theatre and the Amphitheatre, the temples of Apollo, Jupiter and Iside.

After a couple of hours at the ruins in Pompeii the Captain will meet you again at the port, ready to sail on the way to Capri.

Second part of the tour: from Pompeii to Capri

The isle was populated since the roman age and the Emperor Tiberius used to spend his holidays on the isle, far from the politic business in Rome.

More than 10 villas were build by the emperor and, even if most of the sites have been destroyed during the ages, there are some very important sites that you can visit, such as Villa Jovis, the “Tiberius Jump” where the emperor use to send his enemies and betrayers.

During your free time in Capri you can also visit the famous Piazzetta, the shopping roads and the coolest spots.

On the way back to Sorrento, sipping limoncello at sunset time, we will stop at the ruins of the ancient Roman Villa Pollio Felice, also know as “Bagni Regina Giovanna”.

The price not include 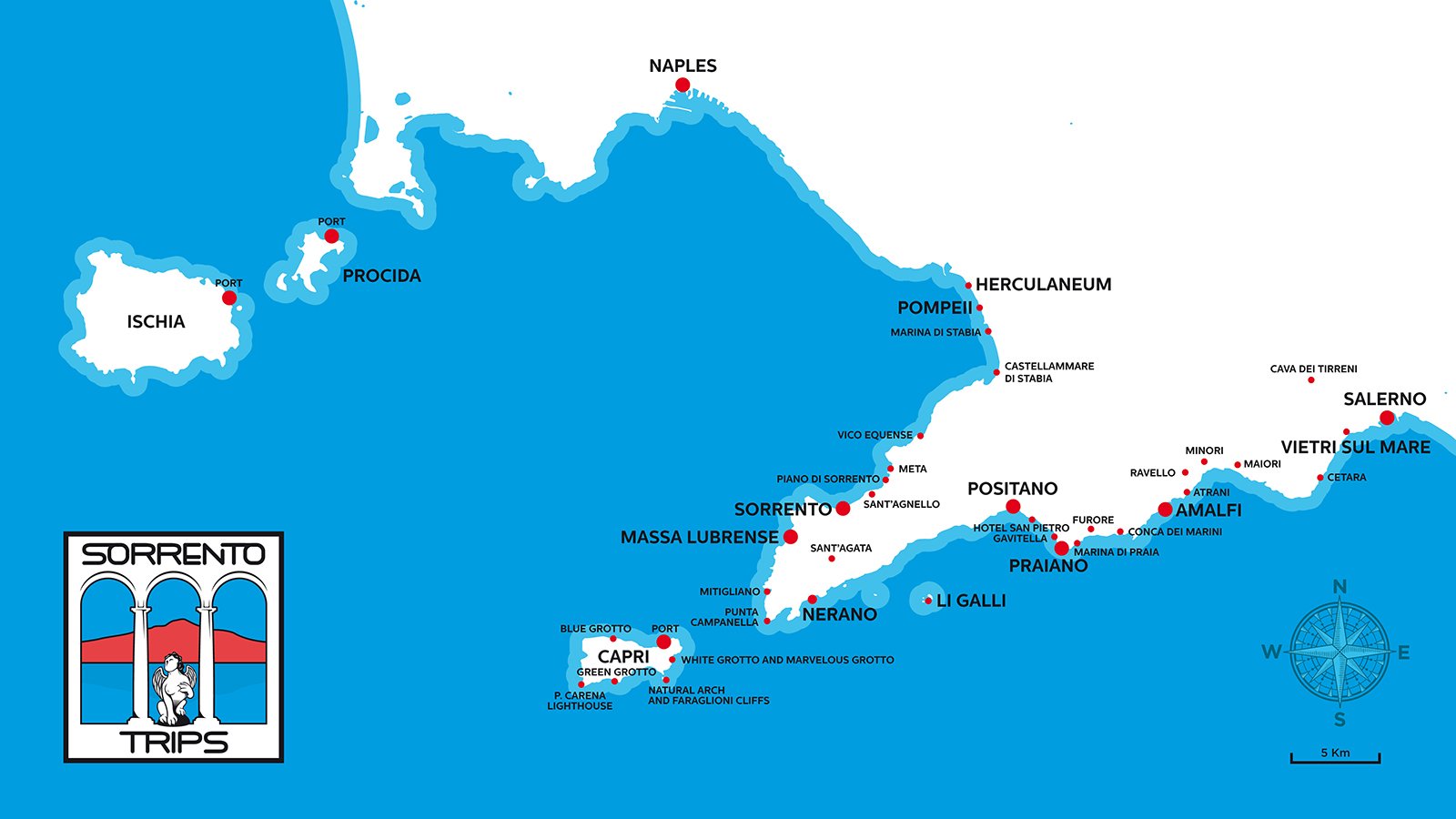