When you book with an account, you will be able to track your payment status, track the confirmation and you can also rate the tour after you finished the tour.
Sign Up
3057
20% Just Now!
Pay 20% at the moment of the booking, and the rest on board

Sorrento Half Day Boats Photos and Other Photos

Out of the beaten paths, the Sorrento Coastline offers a huge variety of interesting point of views and beautiful landscapes, mixed with the history of an ancient civilization, in contact with the sea from the most remote ages.

The Sorrentine Peninsula overlook the bay of Naples and the amazing Mount Vesuvius.

The bay is very calm and protected by the higher mountain chains called “Monti Lattari”.

On the southern side the higher mountain called “Mount Faito” is the higher crest. A series of little town along the coast, all different between each other make this part of the world unique for the traditions, local folklore, legends and gastronomic identity.

Our tour will depart from our home port and will let you discover some of the most interesting hidden gems along the coast.

The first stop of our tour will be Vico Equense; this little town was settled since the roman era and many roman villas and ruins have been founded in the last few centuries.
The most spectacular site to view from sea level is the “Annunziata Churc”, a red Christian building perched on the cliff.
Many couples choose that church to get married, due to the spectacular view of the bay visible from the entrance.

The little village of Seiano, ancient fishermen site in the past is now a little touristic village, full of nice restaurants and Italian style cafes.

Sailing along the coast we will see the town of Meta, characterized by the vertical cliffs, the main beach, which is the bigger on the coast and by the various grottoes called “Falesie”.

The next town is Piano di Sorrento, a little village, famous for the maritime tradition. Many captains comes from this little town where the ancient traditions are still alive.

Few minutes after Piano di Sorrento we will reach Sant’Agnello; this town host many nice villas and important buildings, luxury hotels and beautiful terraces, such as “La Marinella”, one of the nicest viewpoint in the region.

Highlights of the tour is Sorrento and the little village of Marina Grande, another interesting fishermen village, swarming of tourist and locals, full of nice restaurants and cafes at sea level, where you can taste delicious food, two step (or less) from the sea.

On the Cape of Sorrento the ruins of the ancient Roman Villa Pollio Felice are a strong evidence of the roman influence. This special place, also known as “Bagni Regina Giovanna” host a natural swimming pool, directly connected with the sea.
The little bay hosted in the past a magnificent villa and a little port, located in a strategic position to control the access to the bay. A series of Norman towers, built during the middle age are strewed along the coast.

As last part of our tour we will focus on Massa Lubrense, the most remote part of the peninsula and the Vervece Rock.
The town of Massa Lubrense take the name from the “Lubrum” a pagan temple dated to the Greek age.

The Vervece rock is a very small isle with a lighthouse on the top. It is a marine reserve, due to the biodiversity.

The peculiarity of this place is the statue of the Virgin Mary, 8 meters under the sea level, situated on the seaground by the local fishermen.

On the 15th of August locals and sailor use to give offer to the statue as gesture of devotion.

The tour will end with return to the departure port. 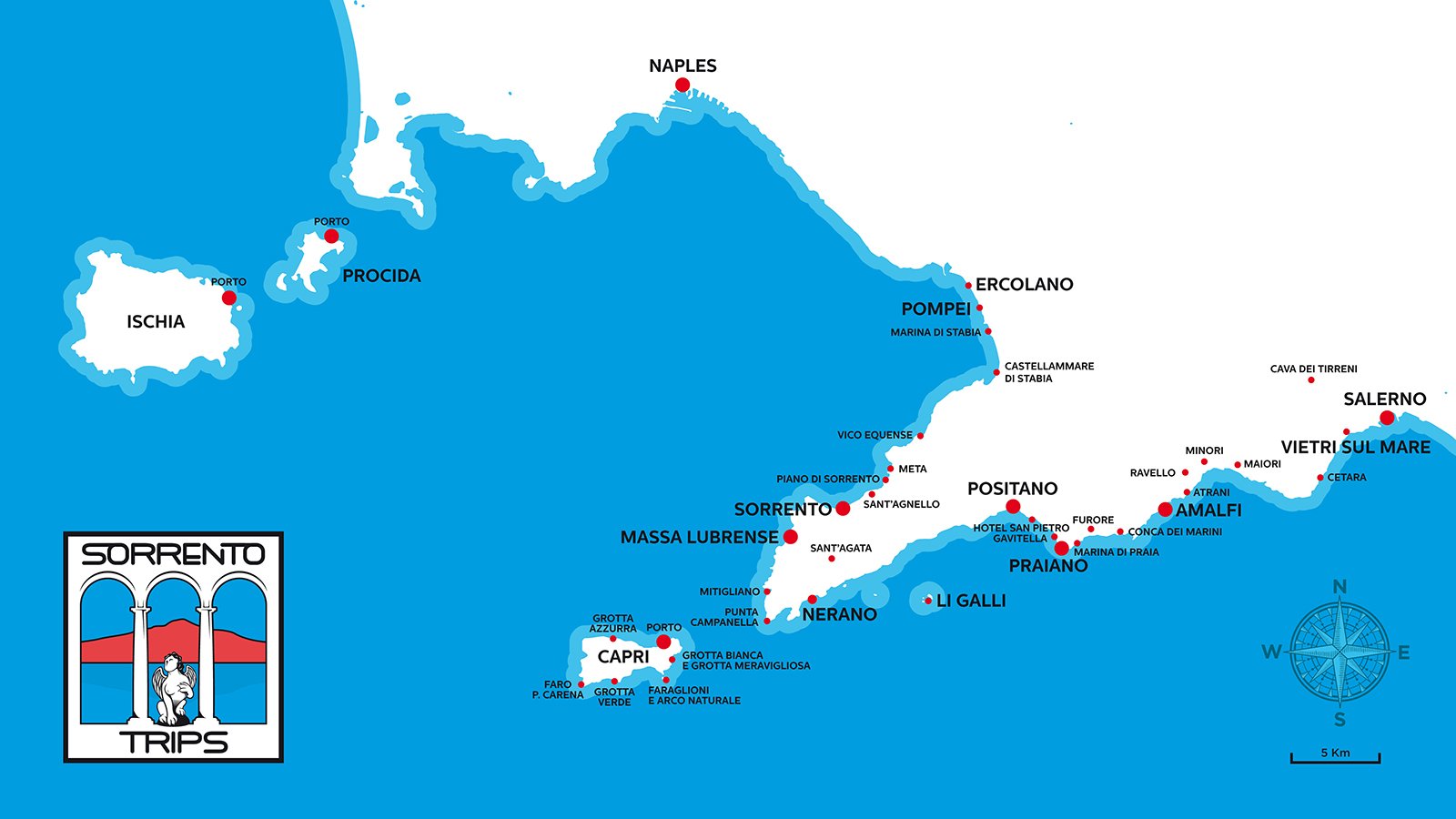